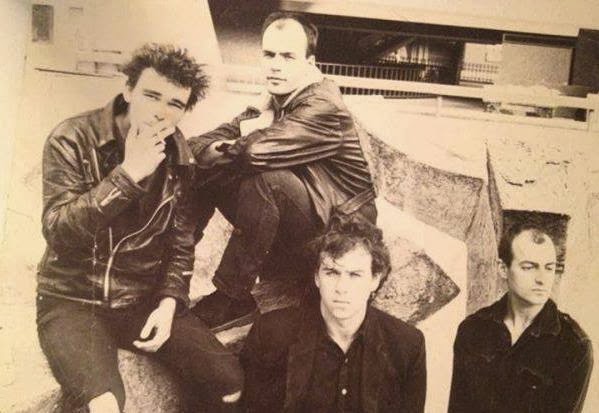 A mention for an underrated band that recorded a few Peel Sessions… well there was a quite a few underrated bands played by Peel, but highlighting just one of those today…

The name of the band is Folk Devils (sometimes with an added The at the front) They recorded three Peel Sessions, the first one produced by Mark Radcliffe.

Sadly though the band were to be short lived. Due to band implosions involving both their 1st and and 2nd iterations, as well as the heroin habits formed by their late lead singer Ian Lowery.

UPDATE: Thank you to David Lowery who posted a comment below to clarify what happened with the band and with Ian Lowery after their break up. You can purchase the follow Ian Lowery albums via Amazon: Ironic, Get out of the Sun and King Blank To by The Ian Lowery Group.

A few singles were released, as well as one album issued after their disbandment in 1987. Copies of these vinyl pressings have been difficult to find though.

But now thanks to The Arkive (an archive and back catalogue from Beggars Banquet Records and co,) the output from Folk Devils is now available digitally: 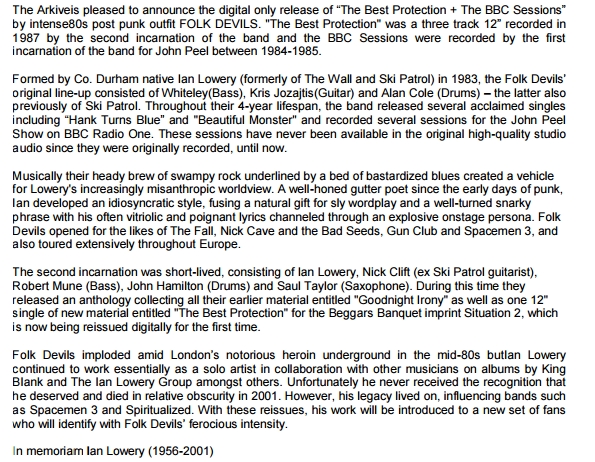 To give you a taster/reminder of what the Folk Devils sounded like, here are their Peel Sessions: